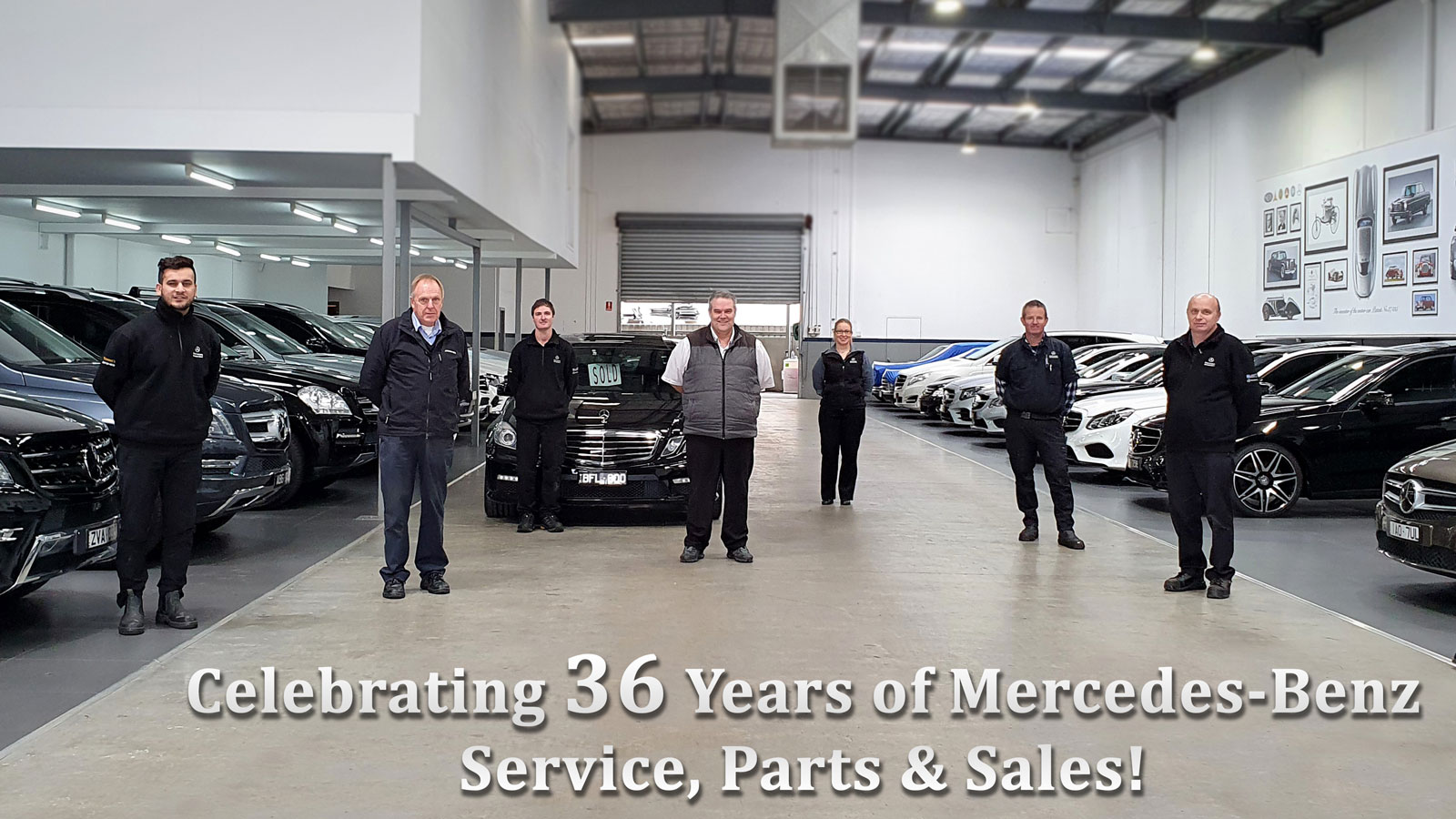 Peter Lennox Automotive is celebrating its birthday as May 2022 marks our 36th year in business. Since our humble inception, we have strived to provide the very best in Melbourne Mercedes-Benz Sales, Service & Parts.

Peter Lennox has grown his team over the years into Melbourne’s premier independent Mercedes-Benz Specialists! Our team of specialised mechanics, parts interpreters, enthusiastic sales team and welcoming admin staff, are here to take you on your next Mercedes-Benz journey.

Our vision is clear and straightforward:
Never aim to be the cheapest – only the best.
Never be lazy
Never be greedy


We look forward to continuing to provide our customers with the very best Mercedes-Benz sales, service and no-nonsense dependable advice to owners and prospective owners of Mercedes-Benz vehicles.

Last but not least, we would like to thank Peter Lennox, our dedicated staff and customers for helping us become Melbourne’s leading independent Mercedes-Benz Specialists!

Thank you, Peter, from the whole team!

When it comes to purchasing or maintaining a Mercedes-Benz, few places in Australia have the depth of experience you’ll find here at Peter Lennox Automotive. Our specialists have been passionate advocates of the marque for over 33 years and they continue to build their technical knowledge of the brand every day.

Our people possess an encyclopaedic knowledge of almost every Mercedes-Benz passenger model from the last 60 years and whilst less glamorous than a typical franchise dealership, they make up for it with their service, treating all clients with honesty, respect and patience.

All of our pre-owned cars are properly checked and fully serviced in our workshop right next door before being delivered to their new owners. We have always charged fairly – more often than not, saving our clients a small fortune on their vehicle purchase, as well as servicing and parts.

Most importantly, we never forget it’s our clients who pay our wages and that they’ll always be the best form of advertising. 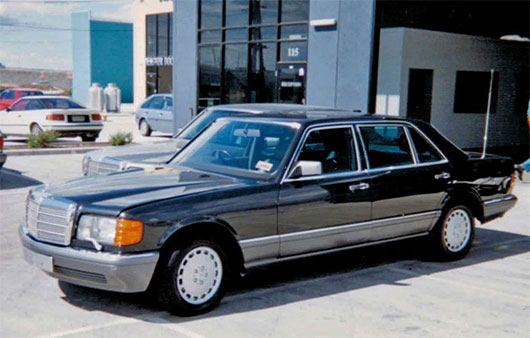 Right from the beginning, Peter wanted to be the very best. Not the biggest and certainly not the most glamorous. Indeed, he had a very clear and simple vision for his business:

Starting with a single tool box and a talent for forensic mechanical analysis, Peter began his journey. It wasn’t long before word spread about this mechanic who’s attention to detail bordered on maniacal and Benz owners began flocking to his modest rented workshop. He worked hard – 18 hours a day hard. Grateful for the customers but risking burnout, it became clear he needed help and a bigger workshop. Eighteen months later, he hired his first mechanic, he bought his first factory in Thomastown Melbourne and the business grew in earnest.

As the new millennium approached, his ultimate vision became a reality and in ’99 he moved into a brand new factory in Thomastown – the one we’re in today. Over time he hired and trained a few more mechanics – most are still with us today. A receptionist/admin manager followed and eventually, a professional parts interpreter (a Benz veteran out of Lanes Motors, no less).

Load More
Naturally, the workshop moved through many iterations and the parts department underwent a complete rebuild a few years ago. In 2007, whilst recovering in bed after a serious spinal injury, Peter sketched out plans for a used car showroom in the factory next door – purchased just weeks before his accident. Told by some that he’d never walk again, Peter’s mobility today comes courtesy of a brilliant spinal surgeon, enough painkillers to knock out an Angus and a dogged determination not to let it beat him. Search the word ‘grit’ in the dictionary and you’ll see a picture of Peter grinning back at you.

It’s a simple enough story. A hard-working, talented mechanic strikes out on his own, overcomes adversity and ultimately achieves his goal. Of course, like any story that trevails a period of decades, there are dozens of back stories but the one thing that’s always been evident is Peter’s clarity of purpose – to serve better than anyone else and to do it for a fair price. It’s an uncomplicated and enduring approach to business and one that will never go out of fashion.

Find your next Mercedes-Benz at Peter Lennox.

Mon-Fri: 8am-5pm| Sat: By appointment only